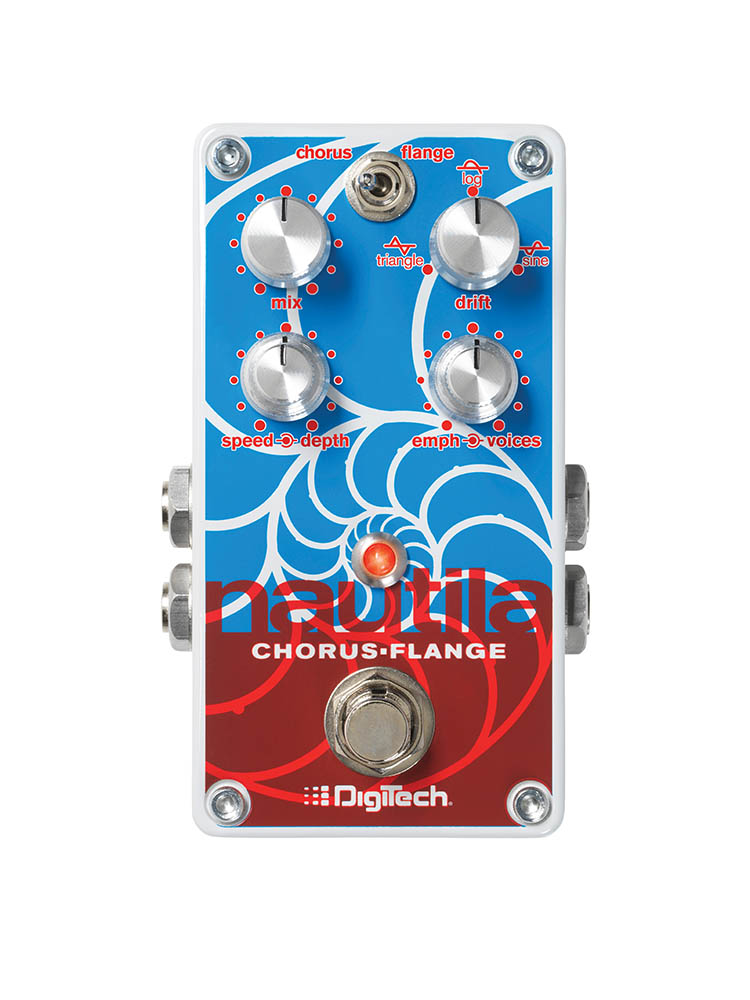 Digitech's new Chorus/Flange Pedal is a multi-voice chorus and flanger stompbox that enables guitarists to explore a wide range of fresh and innovative modulation sounds. Players can generate up to four chorus or eight flanger voices simultaneously, then use the DRIFT knob to morph between different modulation waveforms in real-time.

Nautila also features a unique secondary function for the on/off footswitch. When the effect is active and the footswitch is held, the modulation speed will "ramp" to the maximum speed wherever the effect sweep is in its cycle. When released, the modulation will resume back to the rate determined by the SPEED knob's setting.

Nautila is an exciting feature-packed pedal! Check out the details here