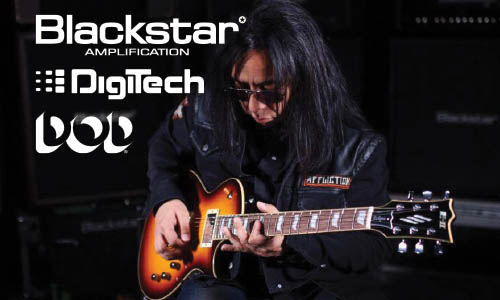 Sin is a two-time Grammy nominated guitar player and DJ from LA and a primary songwriter of legendary industrial/metal band Ministry.

In a quick break from a short DJ tour down under in late October, Sin dropped by Blackstar/Digitech Australia HQ in Melbourne to do a live Facebook session with Tim, where he showed off some wacky sounds from some Digitech/DOD and Blackstar gear and had a cool chat about chocolate AND some of his playing secrets.