When music fans speak of Austin, they tend to wax rhapsodic about the countless great musicians who have made their homes and careers in the capital city of the Lone Star state. Many are excited about the city's gigantic annual South by Southwest music festival. But people who are involved in Austin's music scene also think of Nancy Coplin, a non-musician who is a driving force in the city's music business.

It was Coplin who spearheaded the measure to adopt the slogan, "The Live Music Capital of the World." It was she who built the most successful public space live music program in the USA at Austin Bergstrom International Airport. (She built a live music program for New Orleans' airport too.) The energetic entrepreneur has produced countless musical events, produced a popular music program for local TV, promoted high-level artists to international success, founded a program to promote live music in public spaces, and worked with an assortment of nonprofits. And those are just a few of her accomplishments. 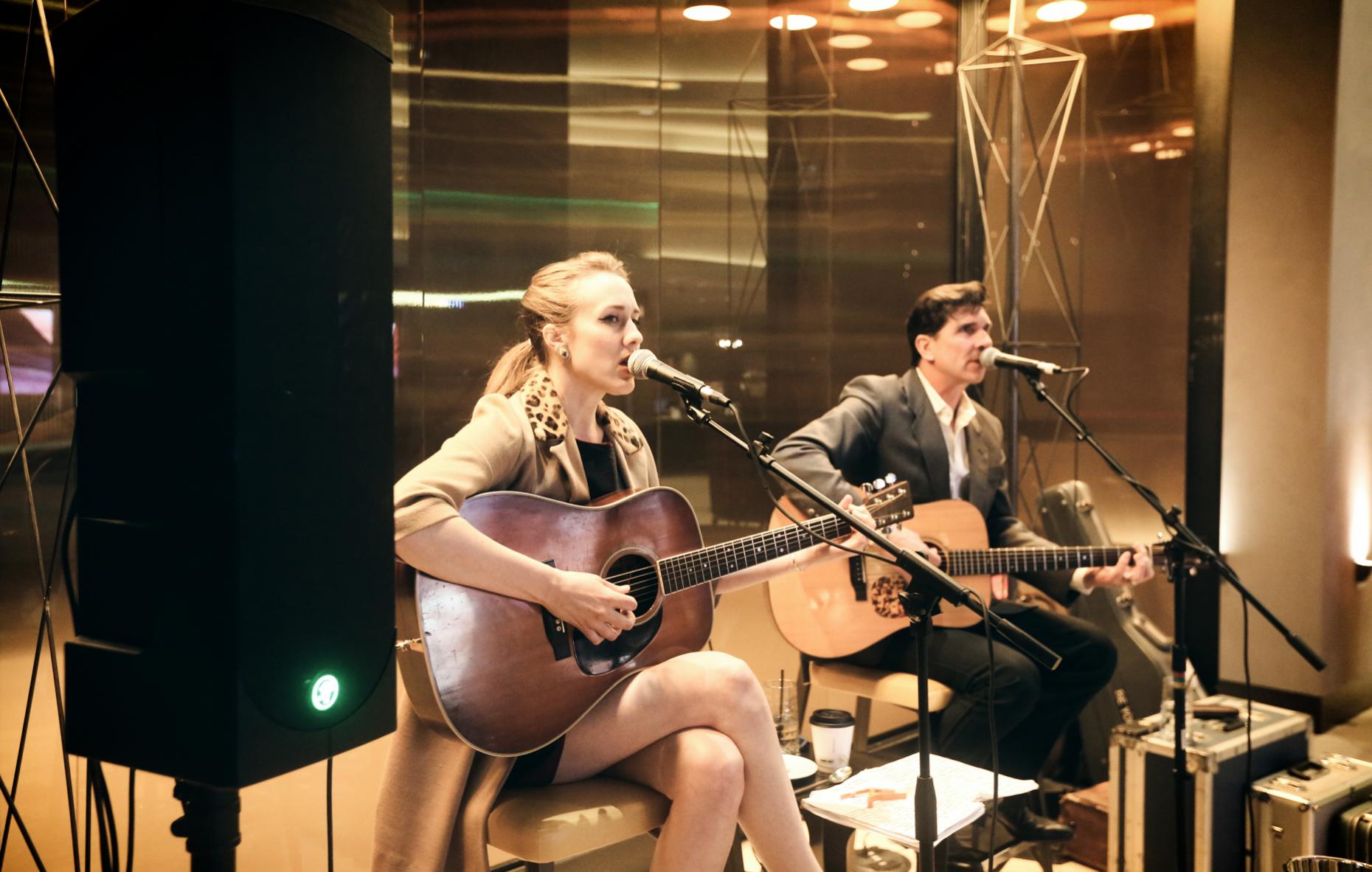 Since January 2017, Coplin has been producing a live music program in a unique 3,497-square-foot lobby space adjacent to the new Cannon and Belle restaurant, in the Hilton Austin Hotel. The program includes as many as a dozen shows per month and featured artists have included Grammy winners, the state musician of Texas, and other musical luminaries. To provide high-quality sound that fills the space without overwhelming it, Coplin chose a Mackie® Reach all-in-one professional PA system.

"The Hilton Austin was remodeling, and they wanted music in this special lobby to make it come alive," Coplin recounts. "We've had some really good acts, mostly solo, duo, or trio because that's what the hotel budget permits. Since we started the music program at the hotel, we've gotten nothing but rave reviews about the Mackie Reach PA from the musicians and from the hotel people. The Reach sounds really good, even in this challenging space, which is all hard surfaces and high ceilings, spread out over an area longer than a block. It's a weird space but the Reach works perfectly there."

Mackie's Reach uses advanced ARC array technology to provide an ultra-wide 150 degrees of horizontal coverage-especially useful in a space like this one. It also features Mackie's EarShot personal monitoring, which utilizes side-facing, high-output, full-range speakers on each side. But Coplin is not just using EarShot as traditional stage monitors. "The way ARC sends the sound directly to a specific area is great. We enhance that by having the EarShot monitors on the outside of the band area so the monitor speakers push the sound to the side and spread it down the length of the whole space. It warms the room and spreads the sound out evenly, which is perfect for our space. We could set the Reach up so the EarShot monitors are in the center where the bands are, and of course, the bands love that. But the way we're using it, the monitors spread the sound throughout the entire space and give us a really cool vibe."

Although Coplin relies on colleague Brad Reed to help with mixing and other technical chores, sometimes she runs the sound. "I can run the system myself, which I have done," she brags. "It's very user-friendly. For example, we did a show with a three-piece group, and one of the girls in the band wanted to make a change and was able to adjust the system herself. She figured it out right away; I didn't have to say a word. Wireless mixing is easy too. I have the Mackie Connect app on my phone, and so does Brad. Brad can walk away from the system, listen out in the room, and tweak from his phone. We even have the Reach carry bag so we don't have to transport it in big boxes."

The Mackie Reach has unquestionably been a huge success for Coplin's program at the Hilton Austin. "The Hilton wanted us to make the lobby area come alive, and we have been able to do that with the Reach," she confirms. "We just had our contract extended through the end of October, and they're adding a Sunday blues brunch to the Happy Hour afternoon show, as well as periodic shows during the week. The Reach fits our needs perfectly; I am very happy with it."

Check out pricing and details of Reach here.