Arturia are thrilled to announce the imminent release of 2 new synthesizers, one of three new products which will all be available at stores from late february 2018.


MiniBrute 2 is a 25-key analog monosynth with semi-modular architecture, bridging the gap between the traditional synthesizer instruments and the exciting world of modular. MiniBrute 2 shares many of the same iconic features that made its predecessor such a success, including mixable oscillators, the acidic Steiner-Parker filter, and the chaotic Brute Factor. While keeping many of its signature elements, the tone-shaping potential of MiniBrute 2 has been almost exponentially increased.

Following the announcement of MiniBrute 2, Arturia have also revealed an exciting new sequencer variant: the MiniBrute 2S. MiniBrute 2S is a sophisticated analog monosynth sharing the signal creation, sound shaping power, and modular capabilities also found in the newly announced MiniBrute 2. It replaces its keyboard with a set of performance pads as well as an advanced, intuitive and addictive, triple-layer sequencer with space to save up to 64 sequences, and the ability to chain them together to create flowing performances. Its multiple layers not only let you create melodic sequences, but also create extra levels of parameter automation to really make your music come alive. 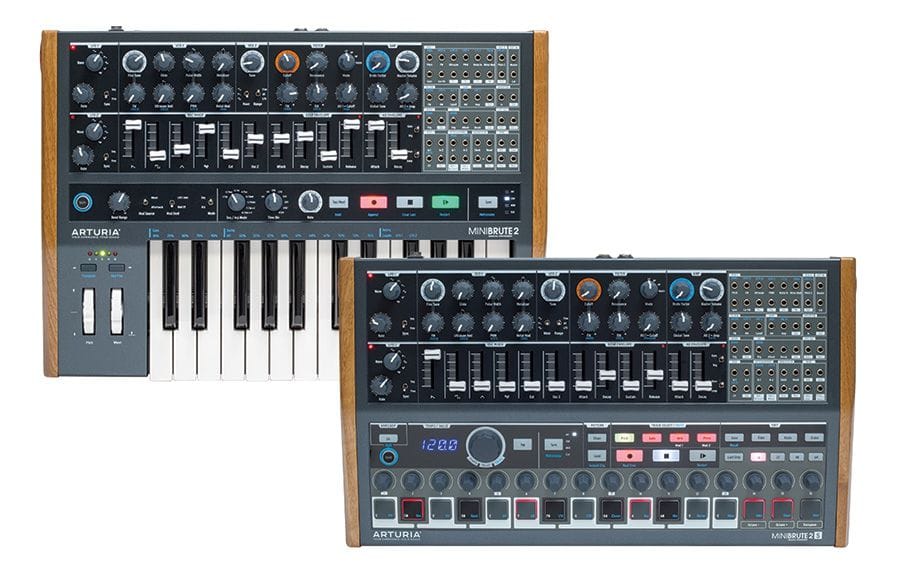