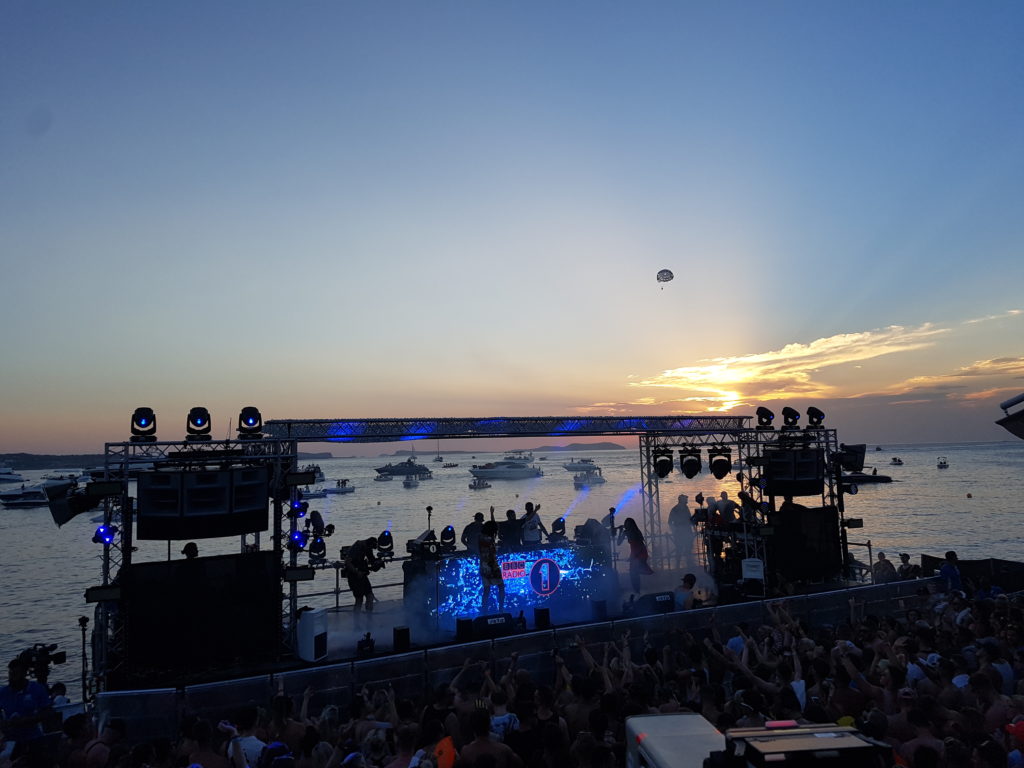 Spanning the entire weekend and broadcasting live for a large percentage of it, the BBC's coverage from Cafe Mambo is arguably a labour of love for all those involved in making this mammoth dance marathon happen.  And happen it does for the third year in succession, XTA has proudly powered the audio for the entire event.

The system was supplied by Cheshire Event Production, a British company who work extensively on the white isle,  but have their roots in the UK.  Olly Wayman, Managing Director, has had several years of experience of APA and has been a fan of MC2 Audio's amplifiers for a long time.
"We've previously supplied a combination of Funktion One branded MC (sic) amps, as well as MC2's own, and in the past couple of years we've also been using the awesome APA amps from XTA.  This year we did things a little different, and it has been amazing."

The main speaker system was Funktion One Evo 7 based, with their now legendary PSM318 DJ monitors monsters in their own right.  The complete line-up consisted of a main stereo system of 3 x Evo7s per side, with skeletal Evo 7s as side fills, and low end grunt courtesy of 12 x F121 subs.  There were also Evo7 "skeletals" used for outfill to ensure good coverage for the crowd of several thousand who came to party for the 48 hour event.  Outside the Mint Lounge Bar there was a pair of Res2 "skeletals" and a pair of BR218 subs both on delays.  Just to top things off there were a pair of Res1s doing just a bit of front fill!
Olly continued "Everything was networked audio this year, with the welcome addition of a brand new MC2 Delta 80 providing system break-in duties from the DJ on stage, and allowing the BBC to easily get audio from the network if required for broadcast.  In previous years we had analogue splits for everything  (DS8000s from XTA), but this time round it was much more digital and it worked like a dream!  We still needed the DS8000s for their excellent mic preamps (when not using wireless) and broadcast splits backup but all audio transport for the amps was via Dante."
Powering a system of this size, you might have expected to see tons of amps in huge stacks, but the majority of the system was controlled and driven by two rather understated racks of three amps each so just six APAs.

Richard Fleming, Technical Sales Manager for XTA and MC2 Audio had turned up to stick big stickers with our logo on everything that moved and to provide some technical support in getting the  system configured. "Don't be fooled by the apparently small number of amps in use you are looking at 120, 000W into 2 ohms right here!" he enthused about the two "small" racks.  "Dante is being fed from the Delta 80 amplifier out to the network, and as this amp also has 4 very handy additional DSP channels each with analogue outputs, these could be used for last minute break-outs to record any individual DJ's session direct if required.  FOH we had the Delta 80 and a single APA with break-in to the system, and this APA was powering all mid-highs in the PSMs.  The 18's in them were powered from another couple of APA channels via a Dante hop.  Every channel of every APA was used!"

Due to the success of the event in previous years, and the ability to stream audio across so many platforms, the BBC had vastly increased their live coverage of the entire weekend with the focus being on the Cafe Mambo outdoor stage, following on the closure of Space earlier this year, which XTA were also heavily involved with for the closing party of all parties.

The line-up for the Saturday night kicked off at 4pm with the enigmatic Claptone and his masquerade masks, continuing with big hitters Danny Howard and David Guetta, with PAs from Disciples, Icarus and Riton, and some very special appearances by Fat Boy Slim, Jesse Ware and even the House Gospel Choir.
All in all, the stage played host to over 20 acts over the two nights, and the full line-up was:

The BBC were not just recording and streaming the audio either all night, both nights, the event could be watched live on the iPlayer (the BBC's streaming and catch-up service), and edited highlights of the weekend can be found here.

Olly sums up the weekend's incredible atmosphere "It's such a pleasure to work with such a bunch of professional people on such a high profile event as this, and hats off to the BBC, Funktion One, and of course XTA and the amazing APA amps.  It's this sort of event that makes the long hours worth it.  Here's to next year!"
Last word goes to Richard though "I was actually on holiday with the family (in Ibiza) but took the time out to help with this because, apart from loving the music, when it sounds this good, it brings a smile to all our faces!" 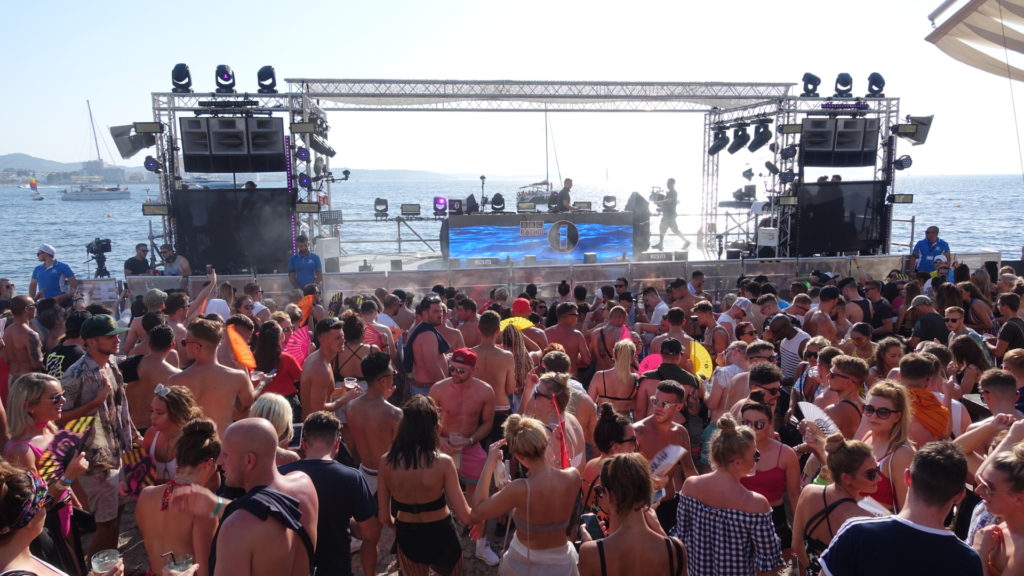